There are currently 177 million children threatened by obesity-related diseases.

World Consumer Rights Day 2008: Consumers International (CI), and the International Obesity Task Force (IOTF) today launched proposals to drastically restrict the scope and scale of the marketing of unhealthy food to children across the globe.

This coalition is calling for the International Code on Marketing of Food and Non-alcoholic Beverages to Children to be adopted by national governments, as part of the World Health Organization's (WHO) strategy to tackle obesity and diet-related diseases.

The Code, which CI and IOTF will be recommending to the World Health Assembly in May 2008, tackles the failures of the food industry to regulate itself.

Adoption of the Code would be major step in helping to protect children.

There are currently 177 million children threatened by obesity-related diseases.

"It's predicted that 2.3 billion people will be overweight by 2015, so we need to take action now if we want our children to grow up free from the threat of obesity-related health problems. This includes getting governments and the food industry to take immediate responsibility for the way junk food is promoted to under 16s; not just in rich countries, but across the world."

Download your copy of the Code and protect children's health by pledging your support - visit the new website www.junkfoodgeneration.org/ for more information about the Junk Food Generation campaign and sign up to the Code!

Media support material can be downloaded from the press release.

World Consumer Rights Day 2008: How come 22 million children around the world are overweight before they start going to school?

Every year, around the world, World Consumer Rights Day (WCRD) is celebrated on 15 March.

It marks the day President John F. Kennedy told the US Congress: 'Consumers by definition, include us all. They are the largest economic group, affecting and affected by almost every public and private economic decision. Yet they are the only important group... whose views are often not heard.'

The theme of this year's WCRD is Junk Food Generation - the Consumers International (CI) campaign to stop the marketing of unhealthy food to children.

CI is asking the World Health Organization (WHO) for an international code to ban the marketing of unhealthy food to children.

Around the world CI member organisations will be uniting in an international day of action to highlight the damage done by junk food marketing and to urge government ministers to support the Code ahead of the World Health Assembly (WHA) in May 2008.

For more information watch this space and tune in on Saturday, 15 March 2008 for the launch of www.junkfoodgeneration.org/ and more on the development of the Code.

Revealed! The marketing secrets of the drugs industry

Marketing overdose campaign: The pharmaceutical industry spends US$60 billion on drugs marketing each year, twice as much as it spends on research and development.

Yet consumers know next to nothing about where this money is going.

To expose where pharma companies spend this money, how it increases drugs sales, and why this irresponsible behaviour is putting consumer health at risk, Consumers International has produced a series of short films for the Marketing Overdose campaign.

Raising the profile of consumers in competition decision-making

Competition: Markets exist to provide for the consumer. In order for consumers to have a good choice of products at reasonable prices there needs to be fair and competitive business practice.

Consumers International (CI) has worked on a range of competition issues over the last five years to help raise the profile of consumer organisations in competition decision-making.

This includes the recent release of a new training manual, Consumers and competition: An essential manual for consumer organisations, as part of a long running CI project to build the capacity of 14 member organisations in Europe to promote consumer welfare in competition decision-making.

The manual was followed by Samuel Ochieng's (CI's President) participation in the OECD Global Forum on Competition 2008 where he delivered a presentation on The politics of reform: Consumers and competition, specifically focusing on competition in developing countries.

You can read more about the EU competition project and download the OECD presentation. Also available to download is the new training manual, as well as the 14 national reports of the countries involved in the EU project.

Drug marketing: In the week that Consumers International (CI) released a series of short films about the threat of direct-to-consumer advertising and the irresponsible marketing tactics of the drugs industry came the EC proposals on the provision of information on drugs.

The EC proposes that pharmaceutical companies should be able to speak directly to the public via radio and television about prescription drugs.

"By opening the debate on drug company information provision, the EC is kowtowing to pharma industry's demands to advertise directly to consumers. This is the first step towards US-style drug advertising and concepts such as 'Pharma TV'. Prescription drugs are not washing powders and should not be sold as such. The EC must protect the right of European consumers to independent, impartial information about healthcare."

To find out more about Pharma TV watch Informing the public, a short film by CI. Also visit Marketing Overdose - CI's campaign against the irresponsible marketing of drugs and for the latest commentary and analysis have a look at the Marketing Overdose blog.

Corporate social responsibility: Consumers International (CI) is currently at the forefront of the drive for a new type of ISO standard; one that looks beyond product safety and reliability to consider the impact of production.

ISO 26000 is very important because it will set out how organisations that claim to be socially responsible give feedback to consumers. It is expected that this standard will be published by 2010.

The fifth and most recent meeting of this ISO SR (social responsibility) Working Group took place in Vienna from 10-16 November 2007 with the next meeting scheduled to take place in September 2008 in Santiago, Chile.

Read about the latest developments in the drafting of this new standard, the history of the development process and  the consumer influence; visit the Standards Resources Archive and play the ISO memory game.

Street food campaign: Street food constitutes up to 40% of the daily diet of urban consumers in the developing world.

Yet, the cultural importance of street food is fragile.

Globalisation and urban development threaten these age-old traditions and, despite street food's vital importance to local communities, there are serious health issues to contend with.

Visit the campaign website, STREETFOOD.org, and find out more about street vending and what you can do – how to join the campaign or even run your own campaign action.

Consumers given a voice at World Economic Forum in Davos

Sustainable consumption: Consumers International (CI) has been invited to present the consumer perspective on some of the world's most pressing issues, such as sustainability, intellectual property and advertising at the annual World Economic Forum (WEF) held in Davos from 23-27 January 2008.

Read more about the discussions... 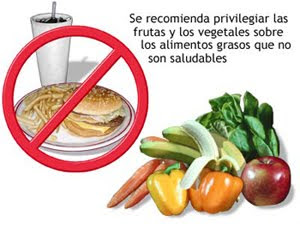